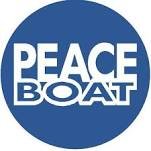 As nuclear disarmament is a main priority of GPPAC Northeast Asia, both Peace Boat and GPPAC are members of the International Campaign to Abolish Nuclear Weapons, which has been working towards a nuclear ban under international law.

We are excited to let you know that the treaty reached the number of states parties required for it to enter force, meaning that now nuclear weapons are officially made illegal!

Thank you to all who have made efforts to this end over the many years.

"On October 24, 2020, the UN Treaty on the Prohibition of Nuclear Weapons reached the required 50 states parties for its entry into force, after Honduras ratified just one day after Jamaica and Nauru submitted their ratifications. The TPNW is the first ever treaty that completely and completely bans the development, possession and use of nuclear weapons – making them finally illegal under international law. The treaty will enter into force in 90 days.

This treaty was created with a focus on the inhumanity of nuclear weapons. It is based upon the voices of the Hibakusha – the survivors of the atomic bombings of Hiroshima and Nagasaki – including both those from Japan and non-Japanese, as well as those impacted by nuclear testing and other nuclear development around the world. For decades, people from all parts of the globe and from all generations have played a role in this movement – and are together celebrating this historic achievement. We pay tribute to all those impacted by nuclear weapons who have shared their experiences as part of the movement for nuclear abolition.

Over the years, Peace Boat has worked together closely with Hibakusha both from Japan and other countries. Through our voyages, we have shared their voices with people around the globe – from children to world leaders. Hibakusha have sailed with Peace Boat to 100 cities in more than 60 countries, sharing testimonies of their horrific personal experiences of nuclear weapons, and their strong urge for such suffering to never be repeated.

We are proud to work together with international civil society in the process which led to the adoption and now entering into force of the TPNW. Particularly, we are honoured to serve as an International Steering Group member of the International Campaign to Abolish Nuclear Weapons (ICAN), which was awarded the Nobel Peace Prize in 2017 for its contribution to the nuclear ban treaty.

Through this historic moment, nuclear weapons have finally been determined as illegal under international law. We call on all countries, including Japan, to sign and ratify this treaty, and for all efforts to be made by the public, parliamentarians and governments to do so.

We will continue to conduct activities to this end, in collaboration with civil society partners around the world, to educate people around the world on the reality of the inhumanity of nuclear weapons, and the necessity of their abolition.

This goal of abolishing nuclear weapons, along with the renunciation of war as stated in Article 9 of the Constitution of Japan, is an important goal for to ensure that the people of Japan recognise and learn the lessons of World War II, and to ensure that the same mistakes are never made again.

As the TPNW is now set to enter into force, we turn a new page in history. Thanks to the dedicated efforts of survivors, civil society and forward-thinking governments around the world, nuclear weapons - including their development, possession and use – are now illegal. We celebrate this change in the status quo, this respect for the survivors and their message, and this new reality in international disarmament, as a new step towards a truly peaceful, sustainable and nuclear-free world."

See more on :"Peace Boat participated in the 2017 Nobel Peace Prize celebrations in Oslo, Norway. Peace Boat is one of 10 Steering Group Members of ICAN"