STUDY OF ELECTRICITY CONSUMPTION IN ABKHAZIA 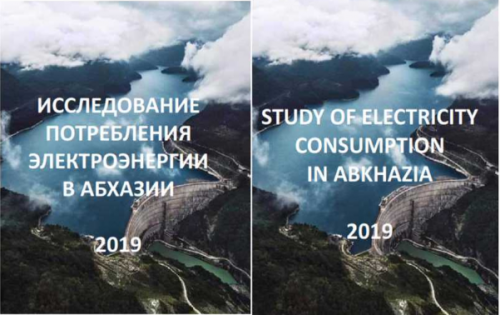 International Center on Conflict and Negotiation sincerely thanks all authors, consultants, researchers, and participants in the “Study of Electricity Consumption in Abkhazia” for their continued and meaningful engagement and valuable contributions.

Furthermore we express our gratitude to the Government of Swiss Confederation for their support particularly with the Programme that originated the Tripartite Group on Inguri HPP, which developed the “Study of Electricity Consumption in Abkhazia”.

The study was conducted as a part of the activities of the Tripartite Working Group on Inguri HPP (2016-2019) regarding the problem of efficient exploitation of Inguri HPP. The activities were undertaken in the framework of the Project “Fostering Russia-Georgia Neighborly Relations through Multi Stakeholder Networking and Expert Dialogue – Support to Istanbul Process.”

The project supported by the Human Security Section of Swiss Federal Department of Foreign Affairs is being implemented by the International Center on Conflict and Negotiation (ICCN).

The results of the study were published in Russian and English and can be found at the following links:

STUDY OF ELECTRICITY CONSUMPTION IN ABKHAZIA 2019