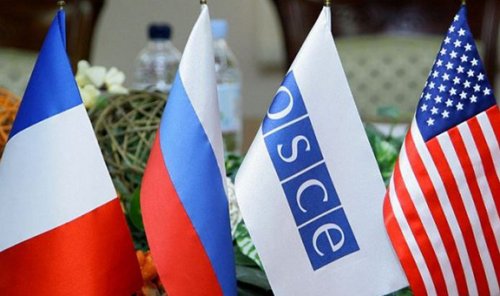 2020, 11 November - A Memorandum of Understanding (MoU) on a Joint Turkish-Russian Center for monitoring the Nagorno-Karabakh ceasefire is signed.

The State of War declared in Azerbaijan

The State of War declared in Armenia

1995, February - Statement on behalf of the Co-Chairmanship, Minsk Group, OSCE.

1995, 3 February - Proposals on behalf of the Co-Chairmanship, Minsk Group, OSCE

Citation of this page

Suggested APA citation of this page: